Neretva river is important for Herzegovina region, it has always been like that since this river has helped growth and progress of communities that lived on its shores. If you talk about Bosnia and Herzegovina and skip to mention Neretva river it would been like you’ve talked about Egypt and forgot to mention river Nile.

This emerald gem of Bosnia and Herzegovina has helped to shape fertile fields from Glavaticevo to Doljani, where most of flora and fauna of this region is located at. Neretva river is born at mountain Zelengora region, located at Sutjeska National Park, it flows between massifs of Visocica and Bjelasnica on one and Prenj massif on the other side. From its beginning it flows to the north but when it meets above mentioned massifs it loses its battle and starts flowing towards south, it runs through Konjic, after which it creates artificial Jablanicko lake, and continues it’s way through Jablanica and Mostar, after which it loses it’s mountain river characteristics and becomes slow and winding river all the way till it’s final destination, Adriatic sea.

Neretva river is fast, clear, green and clean, clean enough that you can drink it in the canyon, where the rafting is held. It’s a mountain river that, in one of it’s parts, just before Konjic, it offer a great opportunity for a white water rafting. It’s deep canyon provides unforgivable experience to all rafters that are eager for some fun and adrenaline and that appreciate beauty of the nature. Start of the rafting is at Glavaticevo Valley and it ends in Konjic, which gives you the opportunity to sail 23 kilometers of the river, though it’s canyon that is decorated by waterfalls, small beaches and clear tributary.

Fishing is also allowed on Neretva river, from the beginning of April till the end of October. Neretva is rich with fishes, especially by softlips trout. Shores are rich with beaches and one of the popular ones  is located at the Village of Dzajici.

Neretva got it’s name from the old Romans that called her Nera-Etva, a divine river, that it is. Meny of them lived on it’s shores, and later the life continued on the same places, which is confirmed by large number of Medieval tombstones that are characteristic of this region, and are known by their local name, stećci. Many of those can be found at the Dzajici Village, Greek glavica – Biskup nearby Glavaticevo, in Doljani Village and many others, just by the river. Many endemic species had found their place underneath the sun right here, 47 of them to be exact, from which Konjički vrčak (Acinos orontius) had attracted many explorers to this region, just like Prenjska oštrica (Oxytropis prenja), Hercegovačka lazarkinja (Asperula hercegovina) and Hercegovački zvončić (Campanula hercegovina) did, and they can be found only in the Neretva and Rakitnica river canyon and Prenj and Čvrsnica mountain, and nowhere else in the world.

To visit Bosnia and Herzegovina and not to get to meet with Neretva river closely is almost intolerable. Allow yourself to be seduced by this river and let her show you it’s magic, you won’t regret it. 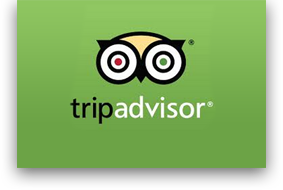